Tickets
Previous message
Back to news
Next message

It was spring in the year 1894 when Ehrich and Theodore, two sons of an immigrant Hungarian rabbi, performed magic tricks in New York. They had found they could attract larger crowds if they focused on impossible escapes. They bound each other with heavy handcuffs and chains and escaped from boxes and cages on wheels. New Yorkers came to know them as the Houdini Brothers. 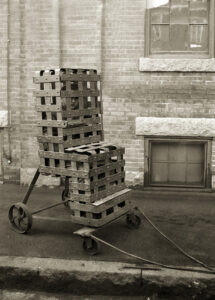 1894 marked the end of their collaboration. Ehrich courted a young artist, Beatrice. He married her within three weeks. In a very short time, Beatrice took Theo’s place on the traveling show. The two brothers separated. Ehrich also decided to change his first name and from that moment on he made world fame as Harry Houdini. 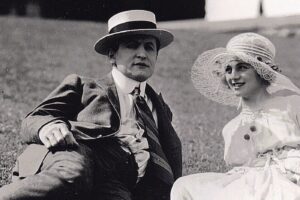 One of the things that always kept pulling Harry Houdini was the occult. Together with his brother, he had already organized a show where they supposedly fell into a trance as mediums and passed on messages from the dead. And they were not alone. In the late 1800s, spiritualism was a hot item in the United States. It caused a boom in new mediums but also an avalanche of charlatans. Harry and Theo belonged to the latter category but had decided for their own séance show to understand all the tricks so well that they could not be caught. 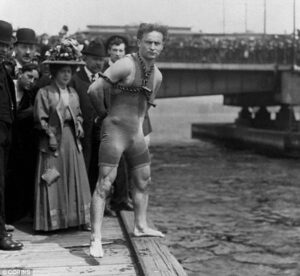 Research of the occult

While he achieved world fame as an escape artist, he left occult shows behind. But at the same time, the occult continued to have a great attraction to Harry. He considered real mediums very important. He was convinced that the living could gain access to the realm of the dead. But at the same time, he wanted to purify the spiritualism movement of all charlatans. And with his own experiences under his belt, he turned out to be one of the best researchers at exposing occult impostors.

Houdini was not alone in his penchant for the occult. Sir Arthur Conan Doyle, the creator, and writer of the most famous detective of all time, was almost obsessed with occultism. He did not focus so much on ghosts and séances as on the apparitions of elves and nature beings. In 1920 the two greats of the earth met each other and a friendship arose immediately with spiritism as commonplace.

But their friendship did not last long despite mutual respect for each other. Doyle felt insulted when Houdini put his finger on the sensitive spot and debunked his photographic evidence for the existence of nature beings. 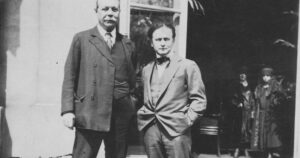 When you visit Fairy Nights you will meet both grandmasters. Houdini will prove to you that elves don’t exist while Arthur Conan Doyle will show you where you can have encounters with elves yourself. And they will not be the only ones roaming around in the gardens of De Haar Castle. Because they are present, in the gardens, in the castle itself, and in the chapel: both ghosts and elves. It will be one of the strangest nights of your life.