Always be prepared for death

Due to Corona measures, no Kendo and Kyudo workshops this time, but demos of Samurai life with geishas, tea ceremonies and of course weapons. Lots of weapons. These weapons include the Katana, the Wakizashi, the Tanto, the Kama, fans, the Yumi and Ya-Bow and arrow (towards the end of the Samurai period there were also Flintlock rifles but these are not present at Elfia yet).

The Samurai era ran from 1185 to 1868. Contrary to popular expectation, the life expectancy of the average Samurai was relatively high. Samurai were trained by Zen Buddhist masters in meditation and the Zen concepts of impermanence and harmony with nature.

In Samurai Danny’s encampment, you return to the glory days of the greatest warriors to ever walk the earth. 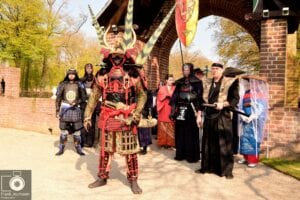 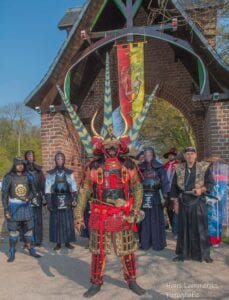 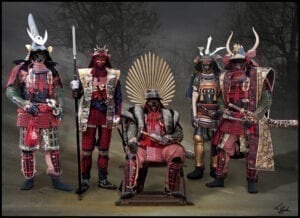 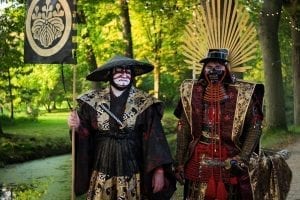 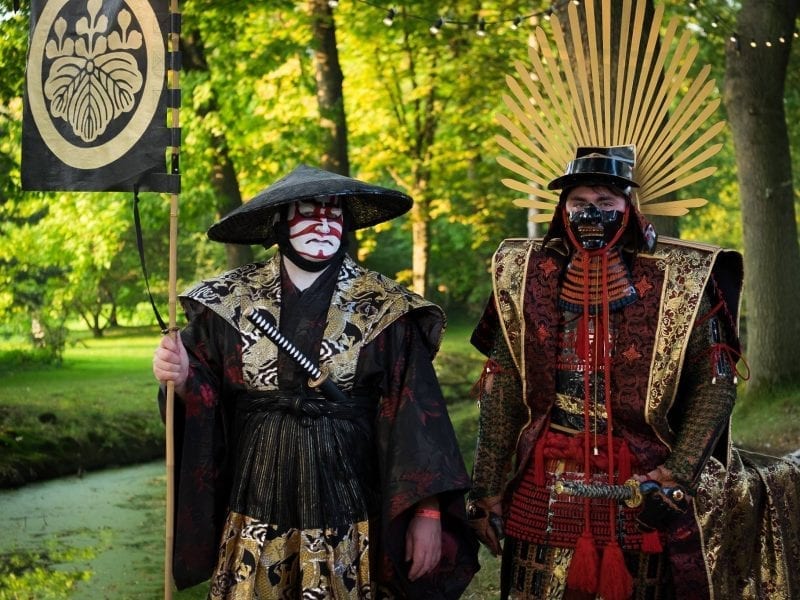